The climate crisis will cause an additional 250 thousand deaths per year between 2030 and 2050. And though wealthier countries like the U.S. emit larger amounts of greenhouse gas per capita, developing nations are already burdened with the worse effects of climate change. Meanwhile, inadequate infrastructure in communities both near and far is making already disadvantaged communities more vulnerable. University of Michigan researchers are analyzing this unjust nexus from both technical and adaptive perspectives — charting new technologies that can help communities adapt and addressing underlying disparities. 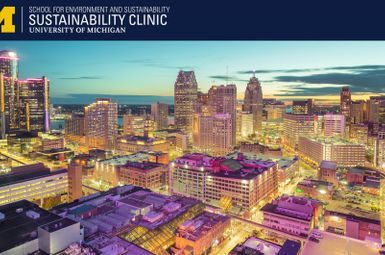 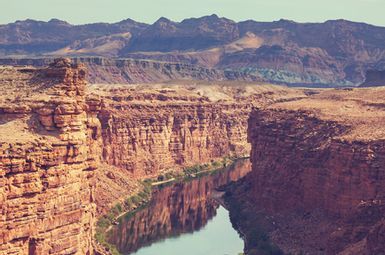 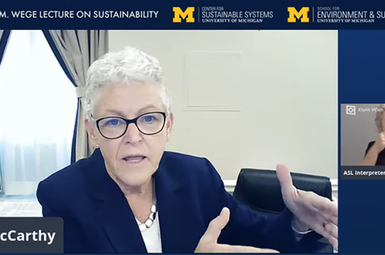 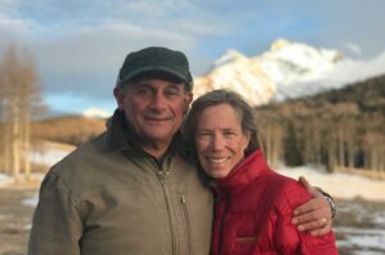 The NorthLight Foundation and Dan and Sheryl Tishman have committed an $11.125 million gift to the U-M School for Environment and Sustainability to expand the school’s environmental justice efforts and impact at a pivotal time for social justice. 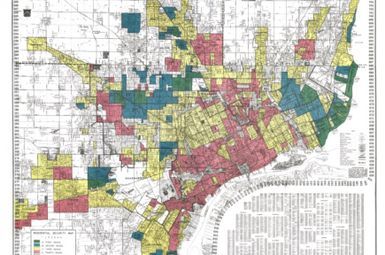 Homeownership has been a core value and aspiration for many American households over the last half century. However, beneath this ideal, there is a legacy of racist housing policies that left low-income individuals and people of color disproportionately exposed to the impacts of environmental burdens. 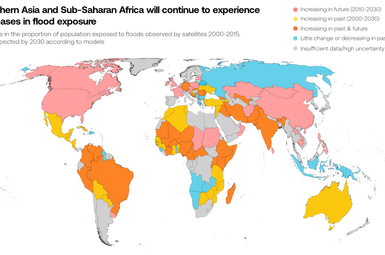 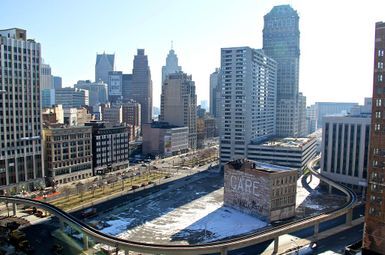 The recent flooding in the Detroit area has raised many issues for residents. Homes that were already in need of repairs were damaged even further. Detroiters don't want to move, but restricted government funds for home repairs are making that option look better each day. 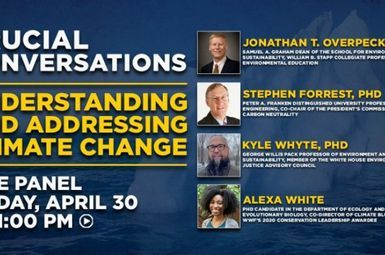 The impact of our world's ever-growing population and resulting pollution only compounds concerns related to our Earth's rapidly changing climate. In a recent conversation, U-M climate, environment, and sustainability experts discuss climate change and what we can do to address it in our community, across the nation, and around the world. 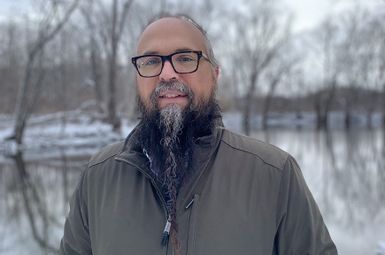 The White House Environmental Justice Advisory Council (WHEJAC) was established by President Biden’s Executive Order on Tackling the Climate Crisis at Home and Abroad to fulfill his and Vice President Harris's commitment to confronting long standing environmental injustices and to ensuring that historically marginalized and polluted, overburdened communities have greater input on federal policies and decisions. 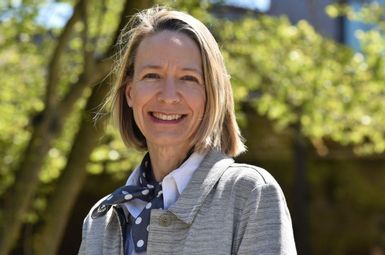 Larissa Larsen, associate professor of urban and regional planning and director of the urban and regional planning doctoral program at Taubman College, faced a skeptical audience when she started sounding the alarm on climate change and particularly the issue of extreme heat in 2000. In 2006, she co-authored an article that was the first to document that lower-income and communities of color were disproportionately impacted by the urban heat island. 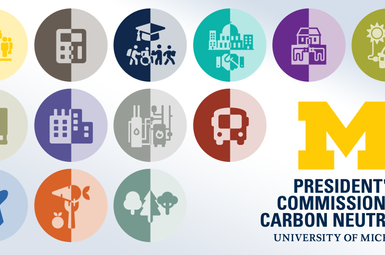 The President’s Commission on Carbon Neutrality at the University of Michigan has submitted its final report, which contains recommendations to help the university achieve net-zero greenhouse gas emissions. The report includes 50 recommendations that U-M could take to mitigate greenhouse gas emissions across the Ann Arbor, Dearborn and Flint campuses. 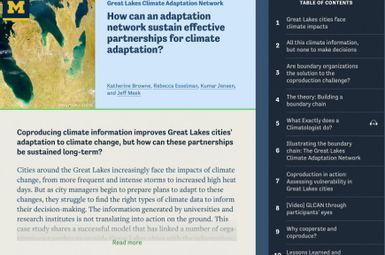 Co-producing climate information improves Great Lakes cities' adaptation to climate change, but how can these partnerships be sustained long-term? One successful model, according to a Gala learning case, is through the Great Lakes Climate Adaptation Network (GLCAN), which has linked a number of organizations together to provide Great Lakes cities with the information they need to adapt. 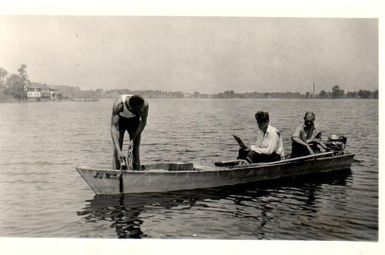 U-M researchers will enlist the help of citizen scientists in a new project to digitize thousands of historical records—some dating back more than a century—about Michigan inland lake conditions and fish abundances. Scientists will feed the digitized data into computer models to study the impacts of climate change and other factors on the fish in Michigan’s inland lakes. The President’s Commission on Carbon Neutrality, charged with recommending scalable and transferable strategies for U-M to achieve net-zero emissions, has released its preliminary draft recommendations for public comment. The draft report includes a collection of steps that U-M could take to reduce greenhouse gas emissions across the Flint, Dearborn and Ann Arbor campuses, including Michigan Medicine. 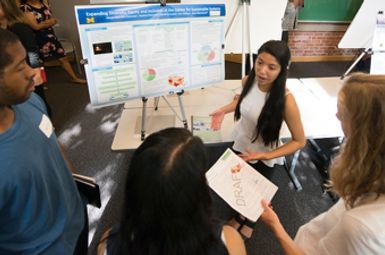 When pursuing carbon neutrality, it’s often easy to focus on the technical, whether energy efficiency standards of new buildings, electricity procurement options, or how to power campus vehicles. For two research teams supporting the President’s Commission on Carbon Neutrality, these strategies, though crucial, represent one side of a coin. 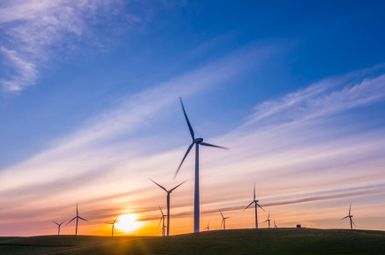 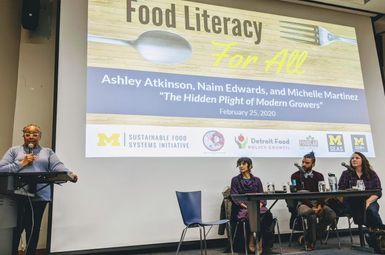 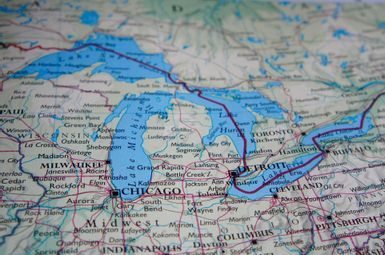 Most of the cities in Michigan will be dealing with harsh consequences of climate change, and vulnerable groups who are disproportionately affected by it will continue to do so now and into the future, according to a new U-M study. 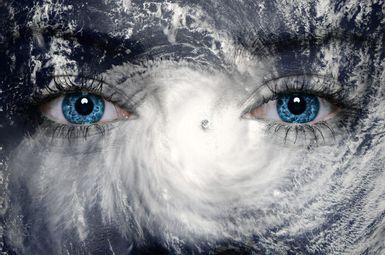 Breast cancer patients who endured Hurricane Katrina in 2005 have a 15% higher mortality rate than those patients not exposed to the storm, according to a U-M researcher. 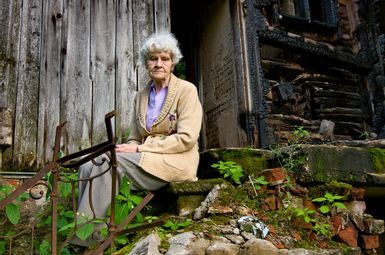 Most people over age 50 say they’re ready for natural disasters and emergency situations, but a new national poll shows that many haven’t taken key steps to protect their health and well-being in case of severe weather, long-term power outages or other situations. 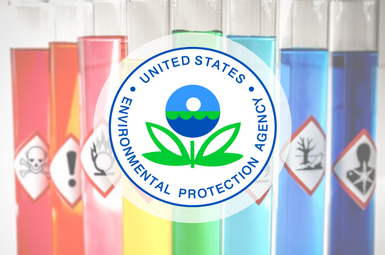 EPA needs to keep up with science, do more to protect vulnerable populations

Many hazardous chemicals that cause health issues continue to be used in industrial, commercial and private settings, despite documented harms. As the federal government implements the Frank Lautenberg Chemical Safety for the 21st Century Act, experts say some of the same problems that plagued the earlier Toxic Substances Control Act are hampering progress, despite new legal requirements that promise better protection. 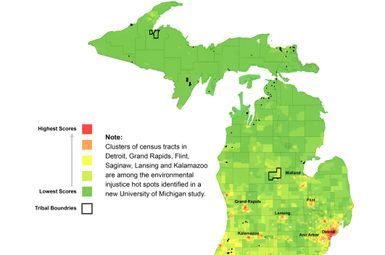 A new study by a U-M student team has identified “hot spots” of environmental injustice across the state. U.S. census tracts in Detroit, Grand Rapids, Flint, Saginaw, Lansing and Kalamazoo are among the hot spots identified in the study, which was released today. 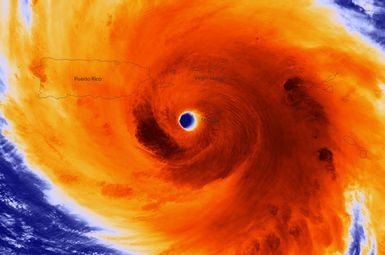 The federal response to hurricanes Harvey and Irma was faster and more generous than the help sent to Puerto Rico in preparation and in the aftermath of Hurricane Maria, according to U-M researchers. 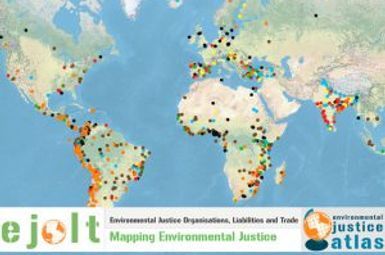 A list of the 40 most influential environmental justice conflicts in American history—compiled by students at U-M—has been added to a new “Global Atlas of Environmental Justice,” an interactive online map detailing about 1,000 environmental conflicts worldwide.